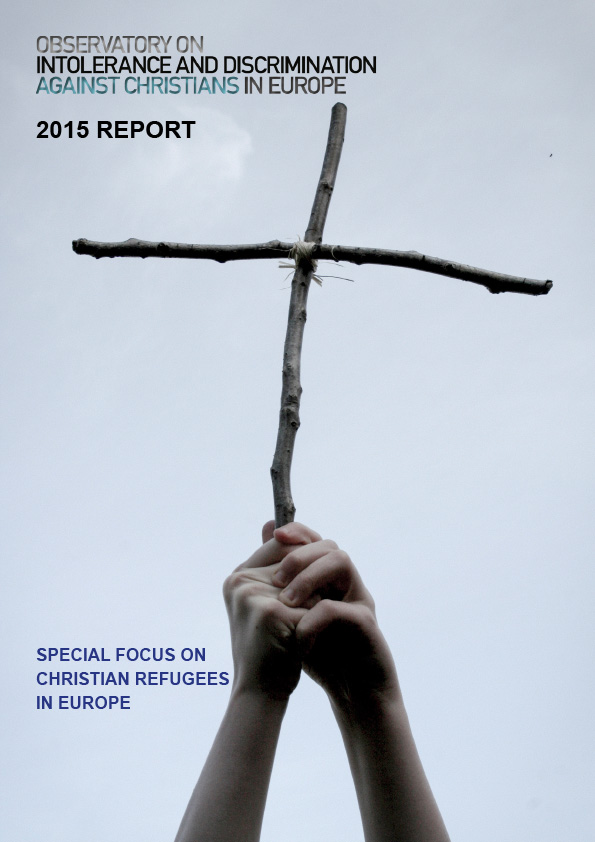 Observatory’s Newly-Released Report: Over 180 Cases in 2015 and a Special Focus on Christian Refugees in Europe

The Observatory's annual report presents over 180 cases of intolerance against Christians across Europe in the year 2015 with disturbing trends relating to religious liberty, freedom of expression and conscience, and vandalism of churches and cemeteries. The report also takes an in-depth look the problems facing Christian refugees and asylum seekers in Europe.

Ellen Kryger Fantini, Executive Director of the Observatory, explains: “In 2015, Europe faced its greatest crisis in recent years with the flow of refugees and migrants. And with this, a new challenge has emerged: the protection of the most vulnerable asylum seekers – Christians fleeing persecution and genocide. After they have risked their lives to reach the safety of Europe, they have been met with violence, threats, and discrimination on the basis of their Christian faith at the hands of fellow migrants and, in some cases, the staff members in refugee homes.”

This report explains the scope of the problem, provides examples of responses and potential solutions, and gives the Observatory’s recommendations to policymakers and aid organisations.