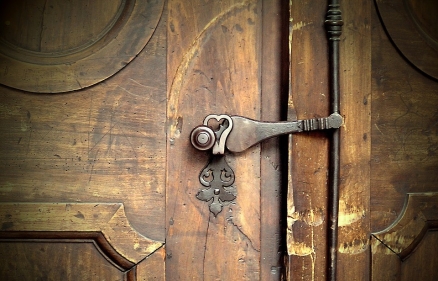 Church Doors Glued Together in Marburg

On the night between June 15 and 16. June, unidentified vandals glued the locks and the doors of the two entrances to the church of Peter and Paul in Biegenstrasse, blocking its access. A locksmith had to be called to the scene to repair the entrances in order to allow the Corpus Christi service and the procession for this festivity to take place in the church. The police were alerted and started an investigation to find the ones responsible for the vandalistic act. 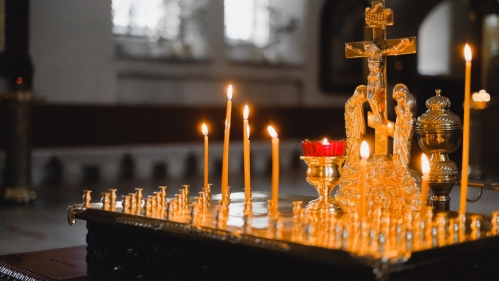 Between 10 p.m. and 11 p.m., on 16. June, a Catholic Church was broken into by unknown people, who got access to the church through the entrance of the sacristy. They stole several objects, but it has not been clarified yet how many valuables were stolen. Nonetheless, the total damage caused to the property is estimated to be around several thousand euros. The case was reported to the police on the 19th of June, which opened an investigation to find the ones responsible for the burglary. 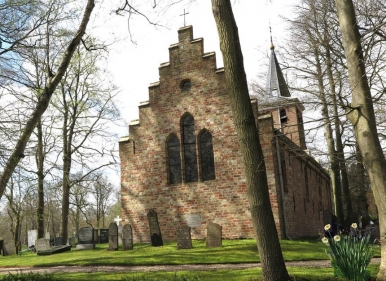 On June 13, between 4:00 p.m. and 6:00 p.m. unknown vandals broke into the Catholic Church in Helden, where they vandalized several furnishings and stole the microphone that was on the altar. The property damage is estimated to be in the four-digit euro range. Also, between June 12 and 13, unidentified thieves stole decorations from a grave in the cemetery located behind the church. It is unclear whether these acts were committed by the same perpetrators. 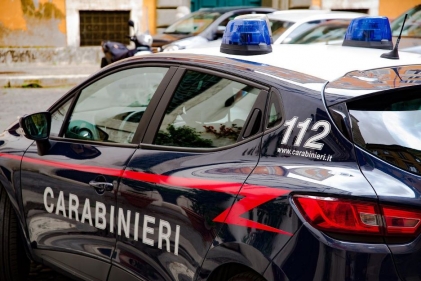 On June 13, a fire was set to a palm tree in the garden of the church of San Leopoldo Mandic, in Padua. The friars reported the case to the police, whose investigations led to the 17-year-old teenager from Ponte San Nicolò, then held responsible for the damage. Fortunately, no significant damage was recorded, apart from that caused to the plant. 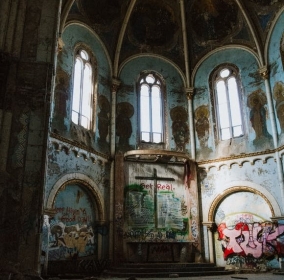 During the night, between the 11th and the 12th of June, the church of Sant'Antonio di Padova was the target of an act of vandalism. Unknown people entered the church, by breaking a window, possibly looking to steal money or some valuable items. The vandals did not steal anything, but started drinking inside the church and vandalized it. Consecrated hosts were found scattered on the floor and the tablecloth on the altar had traces of blood. The blood found is suspected to be from one of the thieves who might have been injured while breaking into the church. The case was reported to the police, who started conducting investigations and collected the bloody tablecloth hoping it leads them to the culprits. 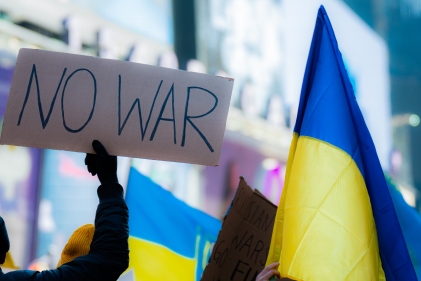 Between June 12 and 16, four Protestant Churches were harassed in Russian-occupied eastern Ukraine, by soldiers and officials. Three of the churches are located in the Donetsk region - Central Baptist Church, the Church of Christ the Saviour in Mariupol, and a church in Manhush - and the other one is a church in Vasilievka in the Zaporizhia region. According to Dr. Hyun Sook Foley, representative of the Voice of the Martyrs Korea, officials conducted searches in these churches, demanded to see documents, confiscated equipment, and even forced church members to exit the building. 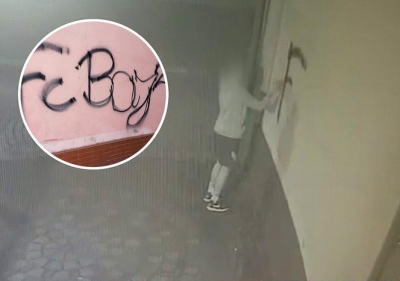 A 26-year-old man was arrested for painting inscriptions on the façade of a church in Złotoryja, as well as some other buildings. He used spray paint and his vandalistic act was recorded by surveillance cameras. He could face up to 5 years in prison. 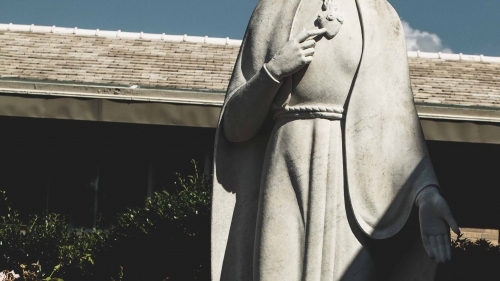 On the 8th of June, an unknown vandal destroyed a statue of the Virgin Mary at the Kluki commune in Poland. The residents were shocked by the hateful act and recalled other religious sights that had been damaged in the area. No official report had been submitted to the police yet. 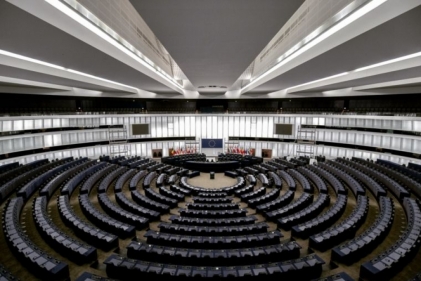 During a debate on 8. June in the European Parliament, triggered by the massacre of Christians in Nigeria that happened in a Church during a Pentecostal Mass, Commissioner Valdis Dombrovski severely downplayed the attacks by attributing them to "underlying causes beyond faith" such as "scarce resources", and "poor education", "unemployment", among others. These affirmations ignore that the perpetrators belong to the jihadist terrorist organization Boko Haram. Such statements push the narrative away from the issue of the terrible human rights violations of religious freedom in Nigeria, which has already claimed the lives of thousands of Christians in the last years. 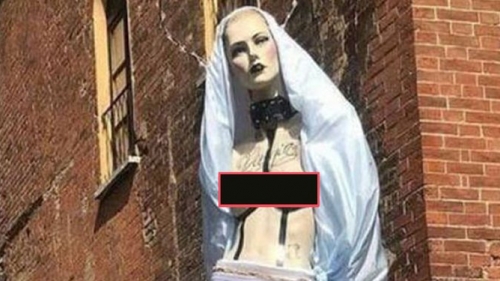 At an LGBT+ pride march in Cremona, Italy, participants carried a half-naked mannequin dressed as the "Mother of God". The blasphemous display which took place during the LGBT+ Pride offended many Christians. Bishop of Cremona, Antonio Napolioni commented on the incident: "They do not fulfill any educational role, they do not communicate any values ​​or rights. Their presence is a gesture that serves no one, but it hurts many people." 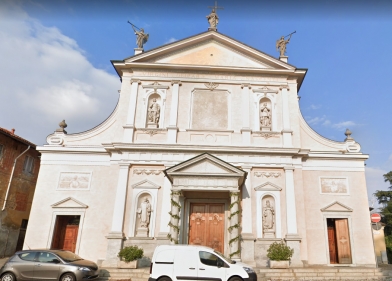 Police were working to identify three teenagers, dressed in black, who targeted the Santo Crocifisso in Meda with vandalism and sacrilegious gestures. In the first incident, around the 5th of June, they smoked and urinated in the church and then returned days later to knock over some chairs. They were confronted by the volunteers that work there but managed to disappear. 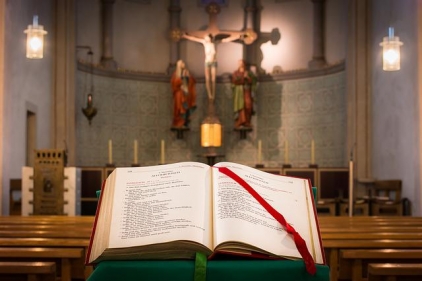 On the 7th of June, the Church of Saint-Menet in Marseille was broken into and looted by unknown individuals. They forced open a locked drawer of the altar and stole a Bible with a golden cover, a large silver cross, and a tablet of the Ten Commandments. The priest of the church, finding it turned upside down, noticed the theft and alerted the authorities. The scientific police went to the crime scene and opened an investigation to find the culprits. 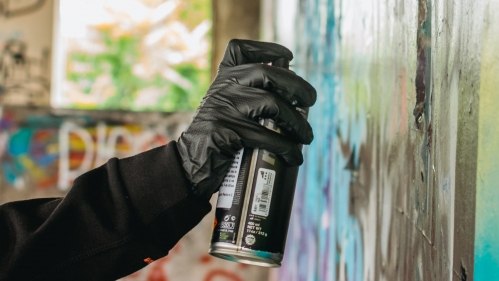 The evangelical Sacrower Heilandskirche in Potsdam was vandalized with large amounts of graffiti on the 6th of June by unknown people. The damage to the UNESCO World Heritage Site, which the police were investigating, will cost tens of thousands of euros to repair. The slogans written said "No God; No State; No Patriarchy" and portrayed an anarchist symbol. 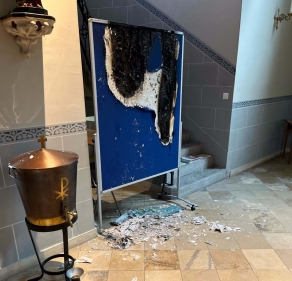 An unknown arsonist set fire to the billboard of the Catholic church in St. Margrethen sometime between 12:00 p.m. and 6:20 p.m. on the 5th of June. The fire went out on its own but damage of several hundred francs was caused. The St. Gallen police were looking for witnesses who could provide more information about the incident. 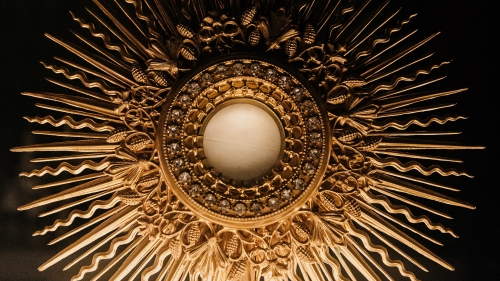 Thieves, who have not been identified, stole a priest's robe and a monstrance from a monastery in Bamberg. The theft was noticed on the 5th of June and the value of the items is around 15,000 euros. The monstrance, which is used to present the holy Eucharist, is around 75 cm tall and close to 32 cm wide. The Police were investigating the crime. 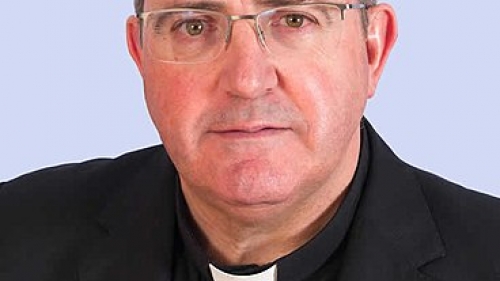 Bishop Santiago Gómez Sierra of Huelva spoke in a Mass on Pentecost Sunday and reminded Catholics of the importance of upholding the values of life and family when they vote in the upcoming election. He said that he was not trying to enforce anything but rather encourage "moral principles" that "should be above the different party strategies because they are issues required by reason, natural law, and true humanism.” For this speech, he was accused by left-leaning media and politicians of being homophobic and attacking "rights won by the left." 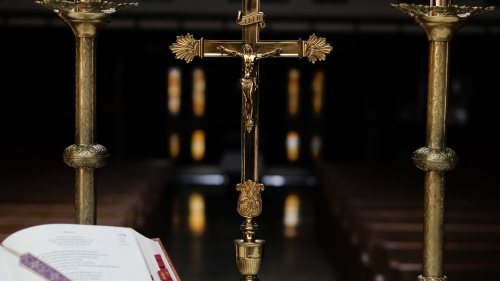 During the weekend of the 4th of June, an altar cross was stolen from a church in Jülich-Bourheim by an anonymous person. The cross is made of gilded brass and stands 45 cm high. The police searched the sight for evidence but need more information. 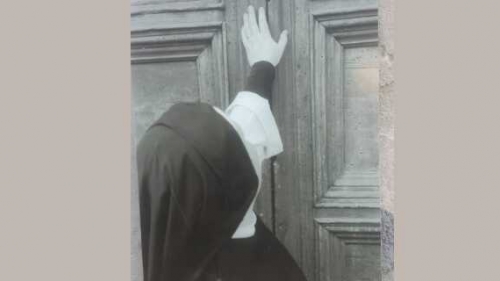 Young People Broke Into and Profaned Church in L'Aquila

It was reported on June 3rd, that young people entered the monastery of Sand Basilio in L'Aquila, disturbed the sisters sleeping there and profaned the confessional. First, two boys entered the convent and tried to force open the door of an elderly nun. Later during the night, a young man and woman were seen naked, and running from the confessional after allegedly having sex. The cloistered sisters were scared by the incidents and called the carabinieri who then investigated. 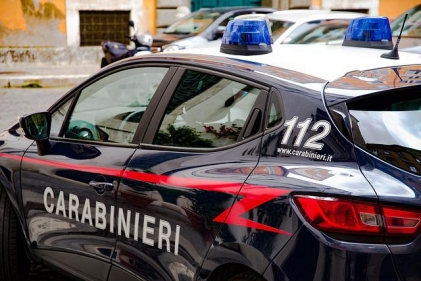 Vandalism and Theft to Church in Fragagnano

The Maria Santissima Immacolata church in Fragagnano, was broken into on during the night of June the 3rd by a 38-year-old Moroccan. The man tried to steal money from the offering box as well as sacred objects, but was caught by the carabinieri who then retrieved the stolen goods. In trying to access these items, he caused a large amount of property damage that will cost around 1,000 euros to repair. 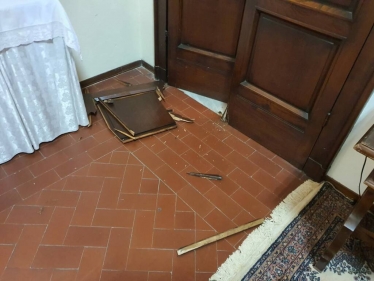 On June 2nd, the San Giuseppe Church in Grosseto was vandalized by a person who was caught on camera but has not been identified. A man in his 40s entered the sacristy and upset drawers that contained linen for the altar and objects for worship. He didn't steel anything but smashed a wooden door. This was one of several thefts and vandalism that have happened to churches in this area in recent weeks.