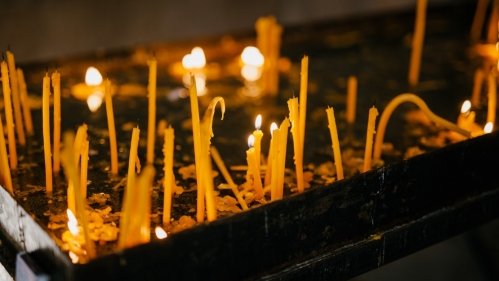 On the 29th of June, between 10 a.m. and 7 p.m., unknown people entered the church of St. Pantaleon in Walpertshofen and vandalized it. First, they damaged the entrance door of the church and inside tore a tile out of the wall. Then, they ripped out the pages from the hymn and prayer books and scattered them through the church. The vandals continued to damage the church by lighting candles and spreading the wax on the floor and on the pews, in addition to knocking over chairs and flowers. They fled the scene leaving significant property damage behind, which is estimated to amount to 2,000 euros. The case was reported to the police who started an investigation to find the perpetrators. 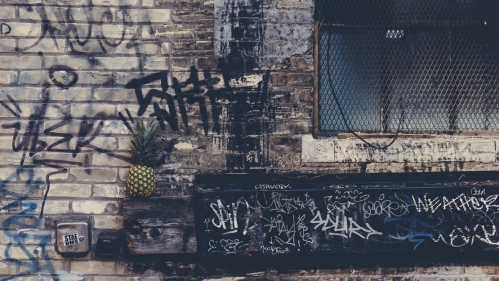 According to the Leubsdorf police, between June 23 and 28, unknown vandals daubed and sprayed the catholic church building with black paint graffiti and by smearing it with rowan berries. The police were alerted and are looking for witnesses to help them identify the perpetrators. 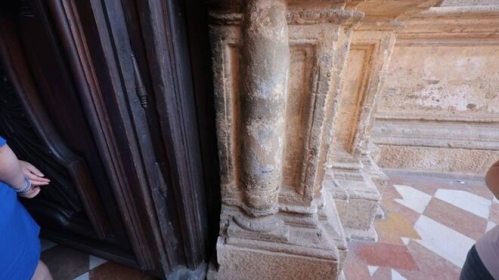 Attempted Arson in the Cathedral of Malaga

On the night of the 28th of June, an unknown person attempted to set a fire in the Cathedral of Malaga, by placing flammable liquid in the corners of the old wooden door. Fortunately, it did not produce the outcome desired and did not cause any significant damages thanks to the rapid action of young people who called the emergency services. The only visible damages were on the door jambs, "in which the stone and wood have been blackened". The police opened an investigation and started analyzing the surveillance cameras to find the perpetrator. 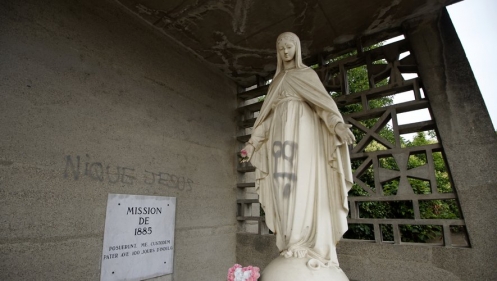 Anti-Christian Tags on Church, Statue of the Virgin and War Memorial

Unknown vandals tagged the walls of the church of Saint-Martin-duTouch, the statue of the Virgin, and the war memorial with insulting writings. On the wall of the bell tower, they wrote "fuck Jesus", and on the Statue of the Virgin obscene writings and signatures were found. Jean-Jacques Bolzan, the neighborhood mayor and deputy mayor of Toulouse said this was a severe attack and commented: "with our CCTV cameras, I hope we can identify the authors of these tags. Of course, we will not stop there". 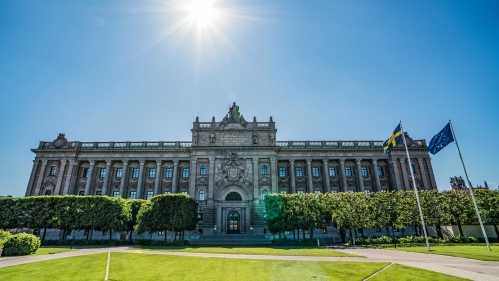 The Liberal Swedish Party wants to completely ban denominational independent schools, within the framework of the Swedish school system. Previously, they intended to block the opening of new religious schools but now they claim that the existing ones should also be closed in the next term. The chairman of the Christian Free School Council, Jan Rosman, says this "would definitely be a violation of religious freedom".

Between the evening of June 22 and the morning of the 23rd, unknown vandals threw paving stones at a total of three church windows in Leipzig. The total amount of damages is estimated to be around 300 euros. The case was reported to the police and a case was opened to investigate the vandalistic act.

June 22, 2022, Germany
See all cases
"On the Notre-Dame fire: "However deplorable this catastrophe may be, it shocks me less than the profanations of so many churches that are less beautiful, much less spectacular, but which witness a hatred and above all a stupidity that are very worrisome. Indeed, I am surprised by how little noise these acts of vandalism elicit. It is as if we were dealing with the most natural thing in the world.""
Rémi Brague, April 2019
"Freedom of religion and of conscience today faces two opposing but equally threatening ideologies: secularist relativism and religious (in reality pseudo-religious) radicalism. "
Pope Francis - address to the International Meeting of Catholic Legislators , August 2018
"It is more dangerous now than any time in history to be a person of faith."
Ambassador Sam Brownback at an event marking the second anniversary of U.S. recognition that the Islamic State committed genocide against religious minorities, including Christians, in Syria and Iraq, March 2018
"Conscience exists to protect patients, as well as the professionals caring for them. How strange would it be if patients simply expected their doctor to ignore their deepest moral reservations and proceed regardless? Would it not concern patients to learn that the healthcare professionals caring for them were forced to participate in activity which they fundamentally disagreed with? All too often, the ability of healthcare professionals to conscientiously object is entirely dependent on the sympathy of their line managers or colleagues."
Fiona Bruce, Member of UK Parliament, March 2018
"The promise of a free and democratic society is that there be no religious or ideological tests or conditions to receiving government benefits or protection. "
87 Christian, Muslim, and Jewish faith leaders to the Canadian government, January 2018
"We're trying to ban a protest because we disagree with the ethos of the protesters, and that is fundamentally wrong."
Conservative member of London Council, Steve O'Connell, on abortion clinic , December 2017
"The protection of Christians needs to be strengthened in our foreign policy, bilaterally and at the EU level."
Sebastian Kurz, December 2017
"If you actively hold a faith that is more than an expression of cultural identity . . . you are deemed to be far worse than eccentric. You are dangerous. You are offensive."
Tim Farron, UK politician who quit as leader of the Liberal Democrats, saying it was impossible to be both faithful to the bible and a political leader, November 2017
"There are quite a few countries in this world . . . in which real persecution is taking place. It is also a subtle persecution, a persecution that leaves no trace. [I]t is a veritable 'systematic purging' of everything that is Christian . . . Even there, where this persecution has not yet morphed into physical violence, it still has a devastating effect and is thus not any less aggressive because a systematic attempt is being made to deny the legitimacy of anything that is Christian even on a historical, artistic and social plane."
Cardinal Mauro Piacenza, November 2017
"I am very disappointed by this ruling, which supports the university’s decision to bar me from my chosen career because of my Biblical views on sexual ethics. I intend to appeal this decision, which clearly intends to restrict me from expressing my Christian faith in public."
Felix Ngole, October 2017
"Many Christians are now worried - even fearful - about mentioning their faith in public."
Fiona Bruce, MP, November 2016
"Particularly worrisome is the fact that across the OSCE region a sharp dividing line seems to be drawn between religious belief and religious practice: Christians are frequently reminded in public discourse or even in the courts, that they can believe whatever they like in private, and worship as they wish in their own churches, but they simply cannot act on those beliefs in public. This is a deliberate twisting and limiting of what religious freedom, which holds also for Christians, actually means."
Monsignor Janusz S. Urbańczyk, Permanent Representative of the Holy See to the OSCE, April 2016
"Christians must beware of a 'polite' persecution that is cloaked in a disguise of 'culture, modernity and progress Those who suffer this kind of persecution are not persecuted 'for confessing Christ's name, but for wanting to have and manifesting the values of the son of God.' "
Pope Francis, April 2016
"It is an infringement of freedom to require businesses to aid the promotion of ideas to which they conscientiously object. Discrimination against people should be unlawful, but not against ideas."
Gay rights activist Peter Tatchell on Ashers Baking Co. case, February 2016
"Freedom of religion is one of the foundations of a democratic society. But one facet of religious freedom that people often do not recognize so readily, perhaps because it is categorized more frequently with family rights, is the attack on parental rights. However, when analyzed closely, this attack is amongst the most dangerous because it strikes at the rights of parents to raise their own children according to their own religious and moral convictions. "
Paul Coleman, ADF International, September 2013
"In many jurisdictions in Europe and North America, religious freedom can all too easily be 'trumped' by other rights."
Roger Trigg, February 2012
"Tolerance should never be presented as a substitute for conviction. It is not a belief in itself. If it requires everyone to give up their religious beliefs – or the right to wear a cross or celebrate a religious festival – because such characteristics make the non-believer uncomfortable, it in turn becomes a form of intellectual fascism."
Lord David Alton at Vienna Forum, May 2010
"Our progress in degeneracy appears to me to be pretty rapid. As a nation, we began by declaring that 'all men are created equal.' . . . When the Know-Nothings get control, it will read 'all men are created equal, except negroes, and foreigners, and Catholics.' "
Abraham Lincoln on the "Know Nothing Party: Letter to Joshua F. Speed, August 1855
Previous Next 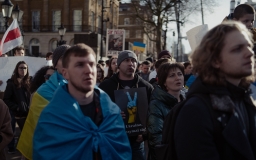 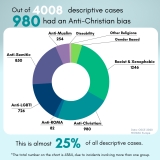 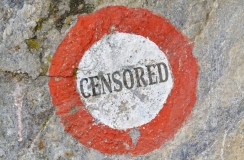