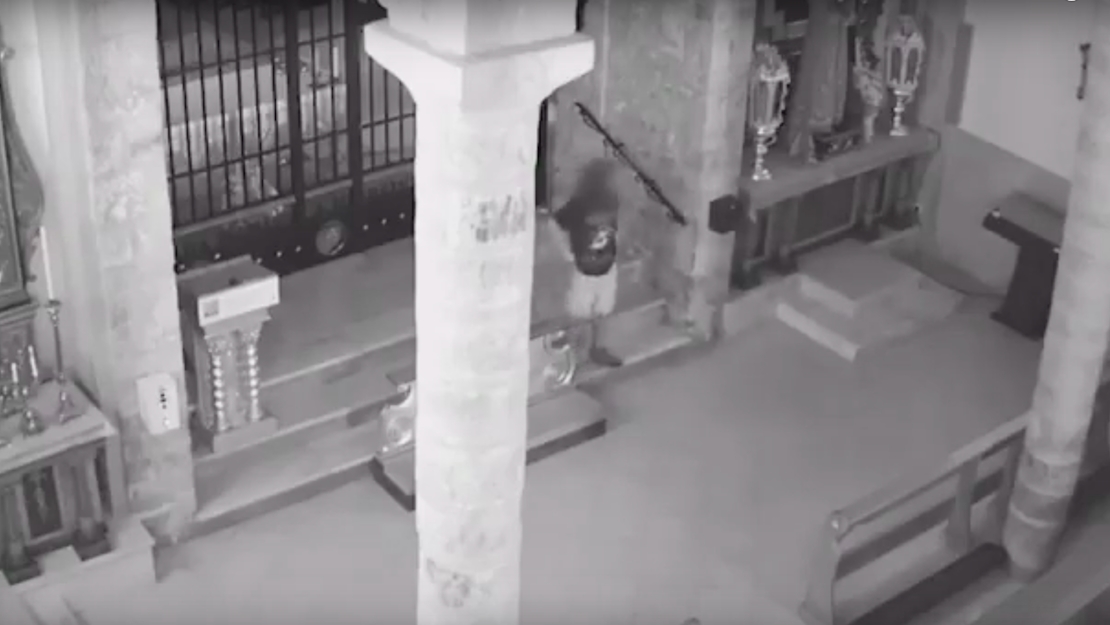 Police announced on August 21st that an 18-year-old man would be charged with defecating in a shrine to the Virgin Mary and then smearing his feces on a statue of Christ and on the walls of the church, Spanish news agencies report. The incident, caught on CCTV, took place on July 26 at the Santuario de la Virgen de la Fuensanta in the Jaén provincial town of Villanueva del Arzobispo.

The unnamed 18-year-old was tracked to Sabadell, in northeastern Spain, after the car in which he was seen traveling was traced to his mother, the reports said. The family was said to be vacationing in the area and had stopped in the town.

The CCTV footage reportedly shows the youth entering the empty church and defecating on the floor in front of a statue of the Virgin before vandalizing a statue of the Christ of Medinaceli and on the walls, then calmly walking out.

The case was filed with the Court of First Instance in Villacarrillo, Jaén, where the youth is expected to be charged with an offense against religious sentiment.