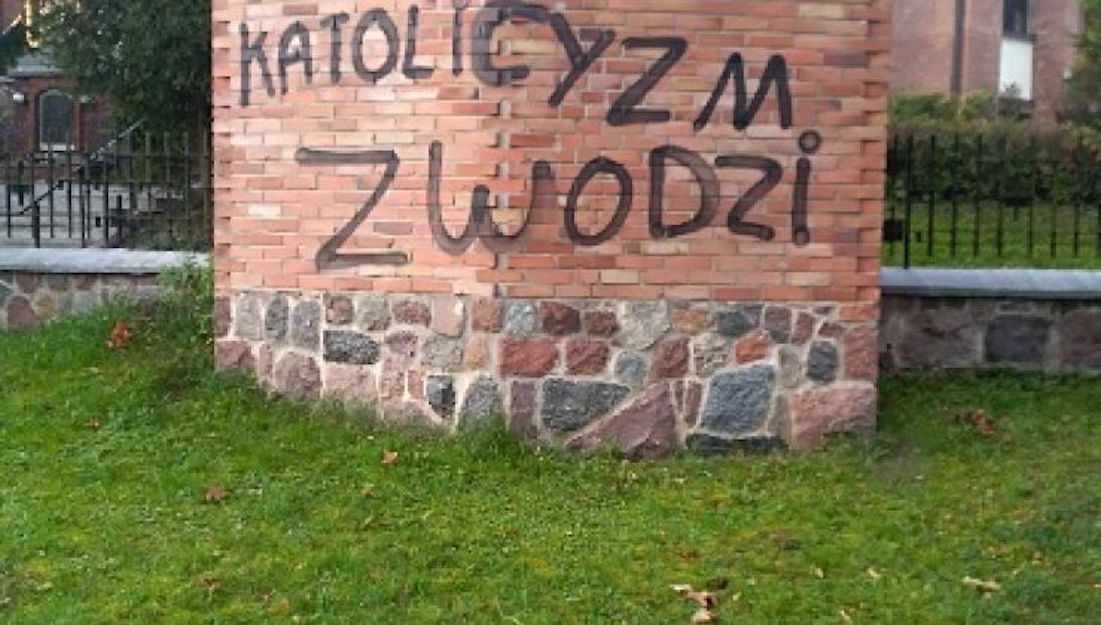 Police in Olecko investigated acts of vandalism against the Church of the Blessed Virgin Mary, Queen of Poland (kościele Najświętszej Maryi Panny Królowej Polski) where anti-religious phrases such as "Catholicism Deceives" and "Lead us not" (referring to part of the Lord's Prayer) were painted in black on the wall.

Father Lech Janowicz, the parish priest of the church told media that these acts of vandalism were the first of their kind at this church, having never happened before. Father Janowicz has questioned the possibility of the vandalism being conducted in response to the national day of prayer "Poland under the Cross" which took place around the country, including at the Olecko church.

It has been reported that the cost of removing the paint will cost 1000 zloty (230 Euros), which would include sanding down the main door of the church.