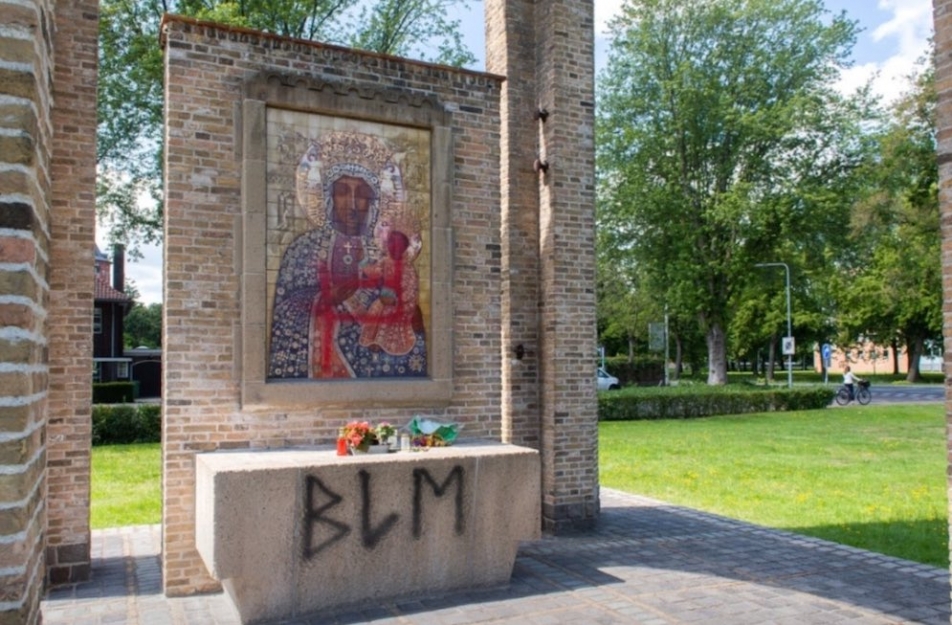 Paul Depla, the mayor of Breda, said the incident was “particularly sad for the Polish community, for which the monument is of great value.”

The Polish 1st Armored Division, commanded by General Stanisław Maczek, freed the city on October 29, 1944. After the war, 40,000 inhabitants of Breda signed a petition to award Maczek honorary Dutch citizenship. When Maczek died in 1994, he was buried alongside his fallen soldiers at a cemetery in the city. The mosaic of Our Lady is dedicated to Polish soldiers of General Maczek who liberated the city in 1944 from the German Nazis.

Frans Ruczynski, a former chairman of the General Maczek Museum, which commemorates the city’s liberators commented: “This is very insulting to the Polish community. Polish people are very religious. Every Sunday they go to church, with hundreds in Breda. Why would you want to hurt them? We don’t know if it comes from the left or right corner. But when it comes to Black Lives Matter, I don’t understand it. The Black Madonna has nothing to do with oppression at all.”

The organizers of a Black Lives Matter demonstration held near the park a week earlier condemned the act through a spokesman. "This hurts the Polish community and that is not the intention."