Vatican Criticised for Commenting on New Anti-Discrimination Bill in Italy 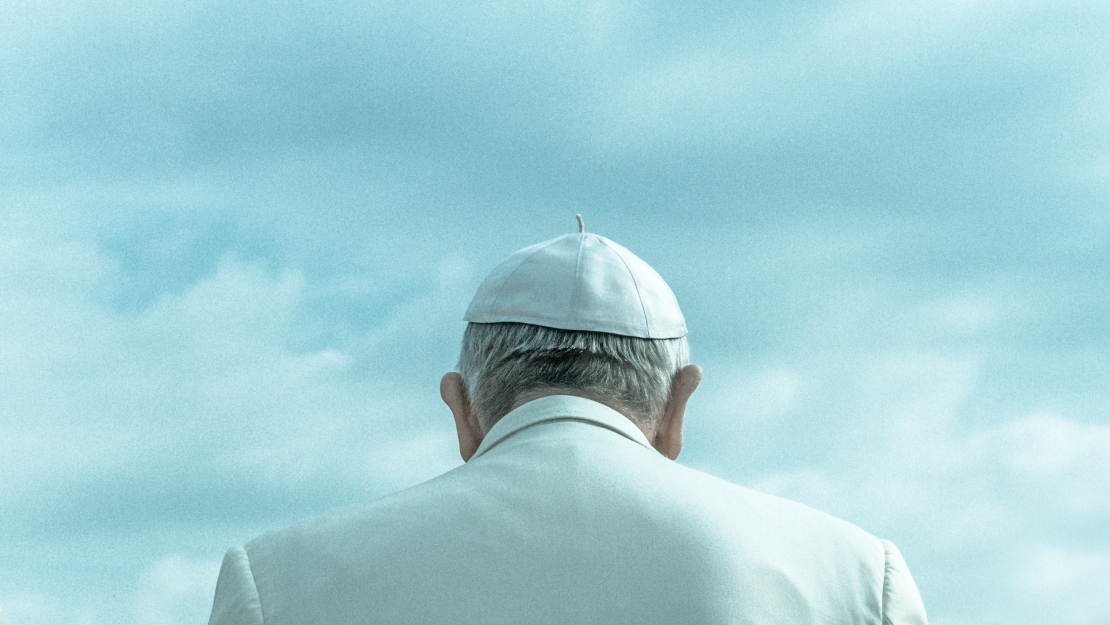 The Vatican is being accused of having intervened in the lawmaking process of an anti-discrimination law, also known as 'Zan Bill', because of a written note they directed to the Italian ambassador of the Holy See, in which they point out their concern about the bill. In the formal diplomatic note, the Holy See raises the concern upon the bill passing the senate as drafted since it would not only violate the freedoms of the Catholic Church in Italy, as regulated in an agreement of 1929, but it would also force Catholic schools to implement and organise activities on a future national day against homophobia and transphobia. Critics, amongst which are some prominent homosexuals and feminist groups as well as the Catholic Church, point out that the problem is not whether we agree or disagree with those statements it is more about the law interfering and thus preventing religious believers from freely and publicly expressing themselves. The "Zan Bill" has been approved by the lower house in November of 2020 but has yet to pass the Senate committee.

According to "Bitter Winter" critics of the Bill fear that certain articles of the Zan Bill interfere with religious freedom and also with freedom of speech. One problem is the drafted text of the bill's fourth article, which claims to protect freedom of speech, but only as long as the statements do not create “danger of discrimination”. Religious communities and leaders see an intervention into their right to teach the biblical view on gender and sexuality since the bill would allow any individual who feels offended by the biblical view to claim it to be 'discrimination' and therefore 'hate speech and incitement to violence', which would penalize those affirming the biblical view.

As reported by the Italian newspaper Corriere della Sera, Gallagher forwarded the note on June 17 to the Italian embassy to the Holy See. The "Zan Bill" seeks to oppose and prevent "discrimination and violence for reasons based on sex, gender, sexual orientation, gender identity and disability".

Marco Respinti from Bitter Winter objected to the new law stating: "current Italian laws already punish hate, discrimination, and violence against LGBT+ persons. In fact, when identified, perpetrators of hate crimes against anyone, including LGBT+ persons, are arrested, go to court and, if found guilty, serve terms in prison. This would seem to settle the question, but the “Zan bill” introduces a novelty. In addition to sex, gender, and sexual orientation, it also protects “gender identity.” Article 1, paragraph d, of the “Zan bill” defines “gender identity” as “the perceived and manifested self-perception of one’s gender, even if not corresponding to one’s [biological] sex, independently from having concluded a transition path” (“l’identificazione percepita e manifestata di sé in relazione al genere, anche se non corrispondente al sesso, indipendentemente dall’aver concluso un percorso di transizione.) But a “perceived gender identity,” critics of the bill argue, is not unanimously accepted and cannot be clearly defined, thus opening the way to arbitrary interpretations."

Since the 'Zan Bill' also seeks to implement LGBT+ ideology into schools the Catholic Church fears for their 7,955 Catholic parish schools in the south-European country. Especially, since their schools follow the same state curriculum as any other school in Italy, which teaches under the requirements of the Italian Ministry of Education.

Both, the local media and the Zen bill supporters called the Vatican's action "unprecedented". In the letter, they referred to article 2, paragraph 3 of the agreement between the Holy See and Italy, which reads “Catholics and their associations and organizations are guaranteed full freedom of assembly and expression of thought by word, writing and any other means of dissemination”, and asked the government to consider the diplomatic agreement between the two states.

Italy's Prime Minister Mario Draghi and the parliament are now expected to decide on the Vatican's request. However, the Italian parliament is ensuring to respect constitutional principles and international obligations, which includes the Lateran Treaty with the Church.

Archbishop Gualtiero Bassetti, president of the Italian Bishops' Conference, is urging for more "open dialogue to arrive at a solution without ambiguity and legislative stretch". In a statement from June 2020, the bishops raised concerns about the bill, which is known in Italy by the name "Ddl Zan". They stated the protection of the person in Italian law to not only show "no regulatory vacuum, but also no gaps, which justify the urgency of new provisions."

The Italian Constitution emphasises that "All citizens have equal social dignity and are equal before the law, without distinction of sex, race, language, religion, political opinions, personal and social conditions". According to the newspaper ACI-Stampa, the Church fears that any viewpoint opposing the LGBT+ doctrine could be punished and would therefore be an attack on freedom of expression.

ACI-Stampa pointed out that while the current law does not categorize people, the 'Zan Law' would create a new category of people, who would be able to appeal to any alleged discrimination, following penalization. That would also include any person who shares their belief that a traditional family is including a woman and a man. Should any individual identifying as the other sex, feel victimised by that statement, the statemet could be could be seen as discriminatory hate speech.

That is because the Zan Bill puts a clear division between sex and gender, which can be read in the first article of the Bill: "sex means biological or registry sex; gender means any external manifestation of a person that conforms to or contrasts with social expectations linked to sex". The Article also clearly points out 'the perceived and manifested identification of oneself in relation to one's gender, even if not corresponding to one's sex, regardless of having completed a transition process'.

The clergy fears that the introduction of further legal penalties risks infringement on the freedom of speech as it is amended in the European Court on Human Rights (ECHR), as well as, the introduction of a "crime of opinion". It can be read: "Rather than punishing discrimination -- it would end up striking the expression of a legitimate opinion, as learned by the experience of the legal systems of other nations in which similar internal regulations have already been introduced".

The Italian Observatory on Intolerance and Discrimination against Christians agree with the Church stating that "some of the contents of the bill reduce the freedom guaranteed to the Catholic Church in terms of organisation, public worship, the exercise of the Magisterium and the episcopal ministry, namely those freedoms enshrined in Article 2, paragraphs 1 and 3 of the agreement revising the 1984 Concordat".

According to leading Italian newspaper Corriere della Sera, the Vatican seeks to change the text of the Zan Bill. The Church's main concern is Article 7,  which demands schools, including Catholic schools, to implement the LGBT+ doctrines and impose gender ideology. It additionally forces schools to organize activities on a future "National day against homophobia, biphobia and transphobia". The Holy See also fears an interference in the "freedom of thought" of Catholics as well as the possible judicial consequences of the legislation.

The Vatican additionally points out that a decree-law, imposing a general vision in all schools, including parochial schools, is a controversy to the spirit of the Concordat between the Holy See and Italy would consequently violate the freedom guaranteed to them.

The "Zan Law", named after gay rights activist and the Democratic Party lawmaker Alessandro Zan, seeks to add people who are gay, transgender or have disabilities to the already existing law protecting women from discriminations. Additionally, does the "Zan Law" seek to legally ban homo- or transphobia based discrimination and the punishment of hate crimes against the same.

The Italian government also revealed that this is the first time the Vatican placed concerns over a new Italian law. ACI-Stampa also points out that the Vatican is not contesting the law itself, it is merely pointing out that the drafted text violates rights given to them by the State.

While Italian politicians, activists, atheist and agnostics groups including the "Zan Law" supporters slam the Vatican's action and find it "worrying", far-right League party leader, Matteo Salvini defends the Catholic Church. He states: "Fighting against any kind of discrimination, abuse and violence is in our DNA because everyone must be free to love, live and choose with whom to share their life." He additionally stated his rejection for any kind of "censorship and lawsuits for those who believe that a mom a dad, and family are the heart of our society."