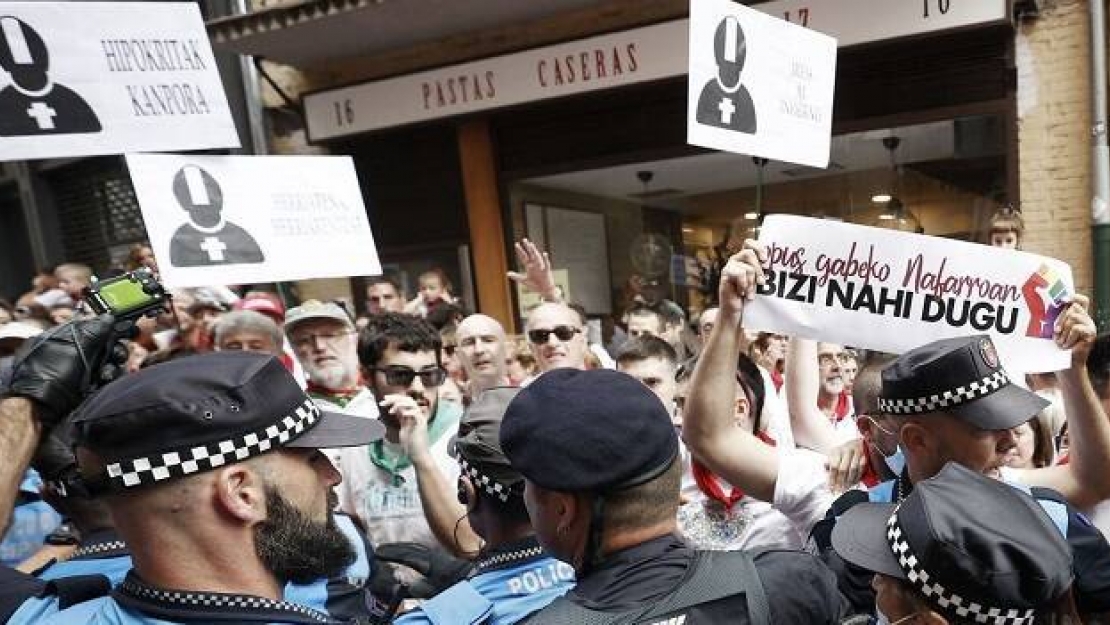 On July 7, during the procession of San Fermín in Pamplona, a group linked to the nationalist radical left, carrying slogans such as "hypocrites out" and "you will go to hell", attacked the procession that was already returning to church. They mainly targeted the politicians, spitting, booing, and using physical violence against the mayor and his entourage. Moreover, the attack also exhibited a Christianophobic character.

After 2 years of restrictions imposed due to Covid-19, it was again possible to hold the procession of San Fermín. The procession carries the saint's image and relics through the city of Pamplona, and it is accompanied by the Archbishop, the mayor and his delegation, and altar boys, amongst others. A mass was organized to honour San Fermín, which was attended by a large number of people.

Nearly at the end of the procession, when the crowd was returning to the church, it was hit by a violent group of people associated with the nationalist radical left. Several officers from the municipal police intervened to control the situation and three of them got hurt, one with a broken nose, because of the violent acts of the radical group.

Speaking to the press, mayor Enrique Maya stated: "Tension was already noticeable from Calle Mayor, and three municipal police officers were injured and a councilwoman fell to the ground and they had to pick her up".

Archbishop Francisco Pérez added, "incidents that have occurred in Curia Street on the return of the chapter to the cathedral. It is unfortunate that members of public institutions, who represent this city of Pamplona, or of ecclesiastical institutions are attacked and insulted, and that those who protect them have to suffer such an expression of hatred and violence".