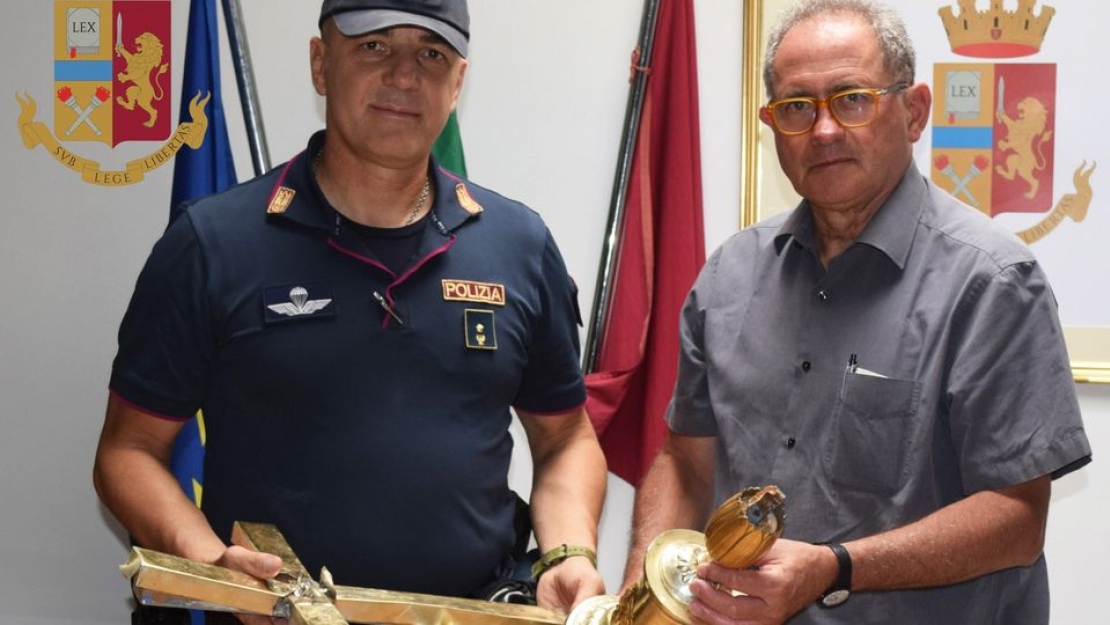 Sacred objects had been stolen during the first week of August from the church of San Rocco in Maggianico and the church of San Martino Vescovo in Calolzio. The police of Lecco were able to identify the perpetrators, who were two men, and recovered what had been stolen: a wooden offering box, three metal offertories, a base of a crucifix, a wooden crucifix, and brass plating of the crucifix itself. Although the objects were found, there is damage to the crucifix.