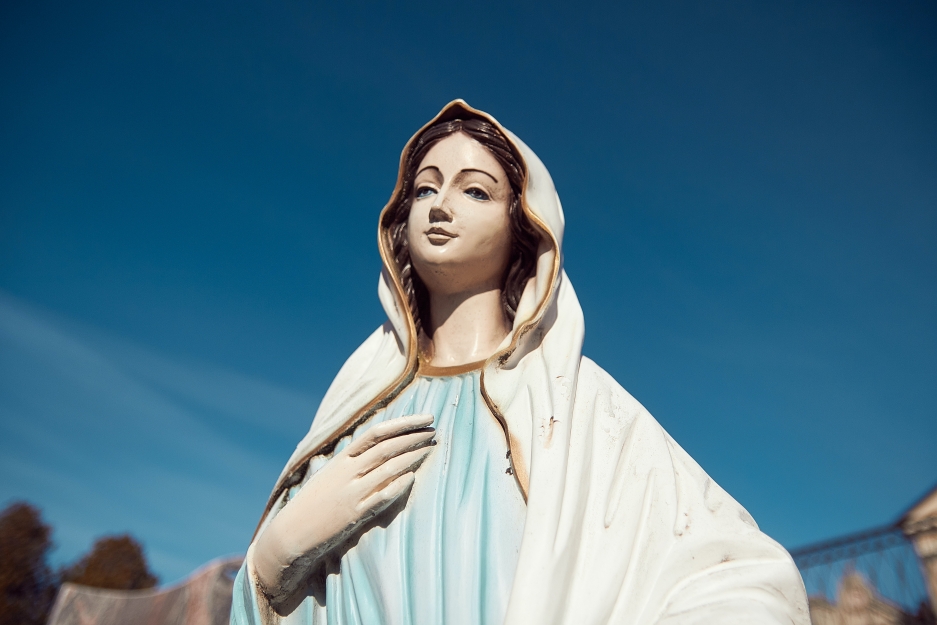 A statue of Mary had been stolen from the Lady Chapel in Beckum and was found on the 18th of August. Employees of the Wocklum quarry found the figure, which was badly damaged, in the conveyor system that is used to feed the stones to the sand production. It was a great coincidence that the statue could be rescued, according to the police press officer Wibke Honselmann. "It was supposed to be destroyed in the Wocklum quarry, but the corpus blocked the plant," Honselmann said. Before the unknown perpetrators threw the statue into the pit, the head, hands and feet had been cut off. Police are investigating

Mr Honselmann added: "We are investigating whether there are any connections with the previous cases of vandalism", as there were 37 wayside crosses and grave crosses destroyed from July to January.