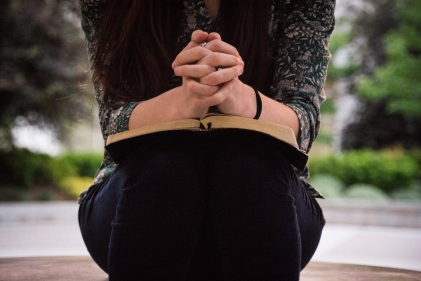 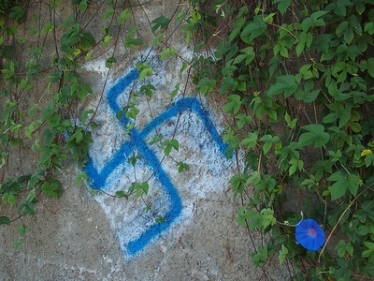 Swastikas and a Star of David were spray - painted on the St. Mary's Church in Melton Mowbray. Police officers were looking into the vandalistic act and labeled it "religious aggravated graffiti." It came a few days before the Holocaust Memorial Day and a member of the church posted online "To desecrate a House of God seems pretty low." 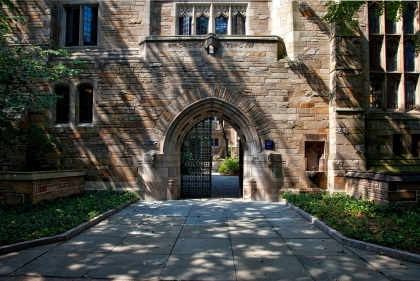 The Wilberforce Academy (Christian seminar) has been holding its courses in different Oxford colleges for many years. But this year, the Worcester College, where the seminar was taking place, apologized for having hosted this event "that caused significant distress" as it was published in the student newspaper "The Tab". 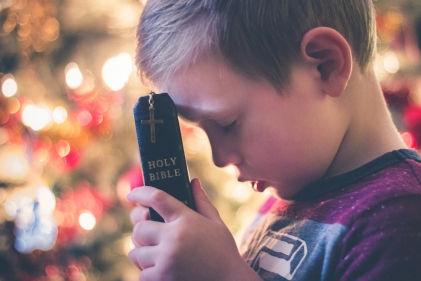 UK's Minister for the School System, Baroness Berridge, took a clear position regarding collective worship in state-funded schools in England and Wales. Her statement came as a response to the National Secular Society (NSS), who asked the Government in a letter to repeal the law regarding the daily act of collective worship in schools earlier this year. In their statement, they asked to replace collective worship with secular worship, Berridge referred in her statement to the School Standards and Framework Act from 1998, which declares that state-funded schools in England and Wales must conduct acts of collective worship "wholly or mainly of a broadly Christian character". Nick Gibb, the Minister for School Standards stated in March that "the department would remind schools of their duties if needed". 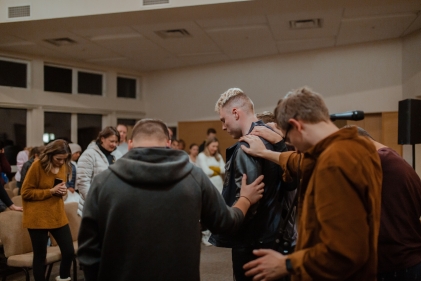 UK's House of Commons discussed the plans to ban conversion therapy in the face of Pride month. In the discussion Dame Angela Eagle urged the government to accept the ban as it is currently written, which includes praying. She stated, "as a minimum, they must introduce a ban on conversion therapy, with no religious exemptions and no loopholes." Other Ministers are concerned about the freedom of religion and consequently the church's role. 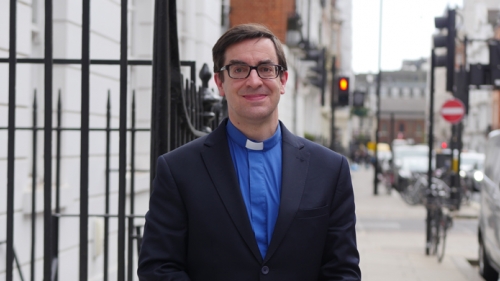 School chaplain, Rev Dr Bernard Randall, who was reported to the government's terrorist watchdogs for encouraging children to form their own opinions about their school's new LGBT+ rules while accepting contradicting views had his employment tribunal hearing postponed for over a year. Rev Randall 48, will now have to wait until September 2022 since the Boarding School with an Anglican ethos he was ordained Chaplain of, Trent college, failed to serve their evidence. 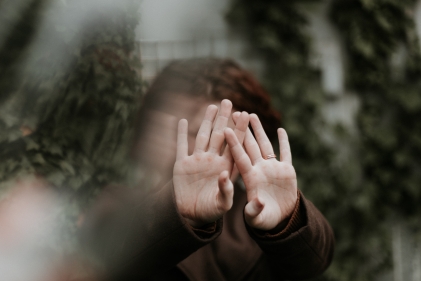 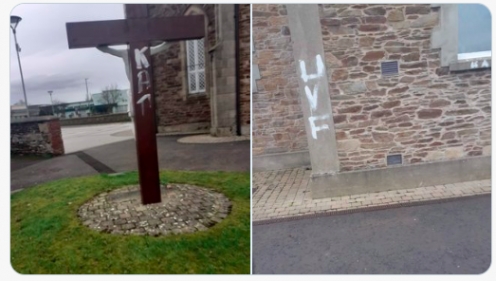 On January 31st, the St Mary's Church in Limavady was target of a hate crime. Vandals sprayed the acronyms "UVP" and "UFF" onto the church walls on Irish Green Street and moreover damaged a statue. The Ulster Freedom Fighter (UFF) is known to be a cover name for the Ulster Defence Association (UDA), an umbrella group of various loyalist groups. The UFF is suspected to have killed more than 250 people. 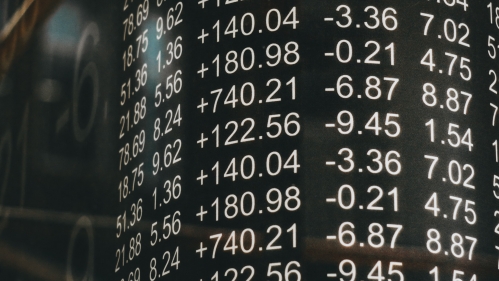 Revealed Number of Crimes Against Churches and Christian Buildings, Cumbria is the Fourth Lowest Country with 47 Cases In One Year

The Countryside Alliance has examined the number of crimes committed against churches or religious buildings, and released the numbers for the last 12 years. In the UK nationwide, 6,000 crime cases have been reported. In Cumbria, which is the fourth lowest country in terms of such crimes, 47 cases have been reported in one year. Last year the Countryside Alliance's also reported 20,000 crimes against churches and religious buildings in the UK in the lapse of 2 years. 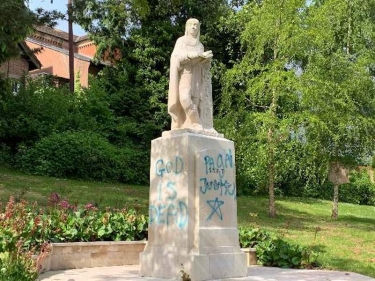 Residents of Crediton (Devon) have expressed their disgust after the statue of St. Boniface was targeted by vandals. The graffiti, scrawled across the base of the statue, reads: "God is dead. Pagan justice." 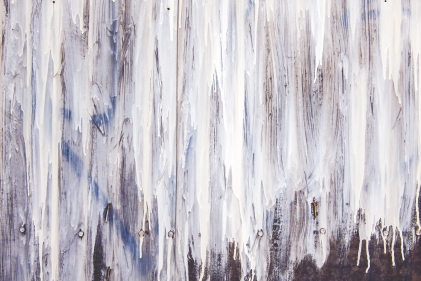 On the night of Friday 15th to Saturday, St. Mary Catholic Church in Ahoghill was attacked with paint thrown in front of the church and across the door. The police is treating the incident as a hate crime. 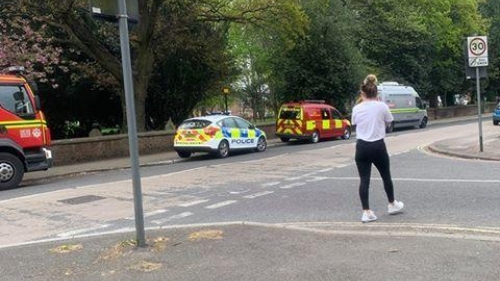 Arson attack took place in the St. James’ Church in Southhampton. The fire is believed to have started in a toilet area inside the church between 9pm and 8am between the 15th and the 16th of April. After smoke was seen out of a window at around 10.37 o’clock, the firefighters came and put the fire down. The foyer was also full of smoke.

On the 27th January, the investigation of the judge Martin Kurrein for anti-christian bias has been re-opened. The judge approved the dismissal of the nurse Sara Kuteh for talking about her faith to her patients. The trial of Mrs.Kuteh took place in 2017, where the judge was accused of having a hostile treatment to Mrs. Kuteh and her representative and dramatically reduced the time of procedure. 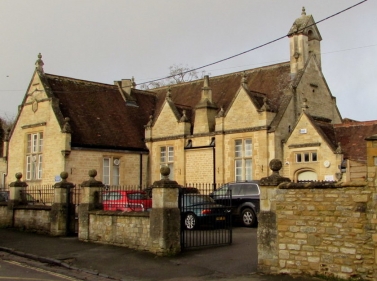 An atheist couple who launched a High Court challenge because they feel their children are being religiously "indoctrinated" during assemblies have won their judicial review claim. The Burford primary school in the Cotswolds in Oxfordshire is one of 33 schools of the Church of England's Oxford Diocesan Schools Trust (ODST). Although parents were already entitled to withdraw their children from assemblies, even in church-run schools, The Harrises have argued that the school must provide an "inclusive assembly as a meaningful alternative for pupils withdrawn from Christian worship," rather than simply supervision of the children. 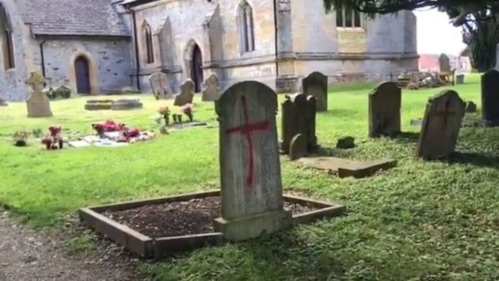 Red "satanic crosses" were sprayed on graves and a church door and the words "God does not love you" were left on a wall at St Andrews Church in Evesham. 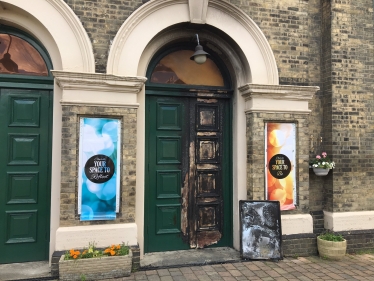 Around the 19th June, four arson attacks occurred in East London. On the 18th of June, the front door of the St. John's Church was set on fire. On the 19th June, the Baptist Church in Leytonstone has been attacked. In a Church in Ramsay Road was the same scene as in the Baptist Church at night of the same day, the church had two arson attacks and was severely damaged. On the 20th June, the police were called to a fire in St Matthew's Church, West Ham. On each church, graffiti was found on the main door with occult symbols and messages including pentagrams, spirals, the number 666 and the word "hell”. On June 25th, a 27-year-old was arrested for suspicion of the arson along with other criminal acts. 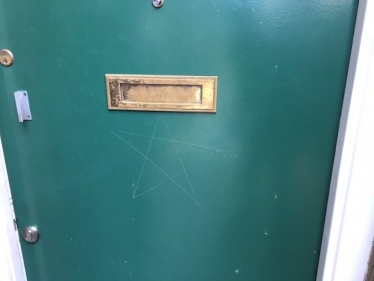 The doors of four churches in East London have been nearly destroyed by criminal attacks. Within two days vandals set fires at the outside of four church doors, including one where a children's playgroup was taking place. Occult symbols and messages like pentagrams, spirals, the number "666" and the word "hell" were written in the doors of each of the four churches. The police are investigating and searching for witnesses. 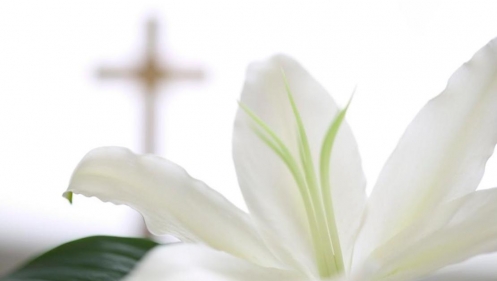 "Offensive" Christian Symbols being Hidden at Funerals in Scotland

The Scottish Inspector of Crematoria, Robert Swanson, said in his annual report that demands for the removal of Bibles and crosses by humanists and other minorities are on the rise. The Humanist Society of Scotland has said failure to remove Christian symbols leaves their members “open to discrimination” under the Equality Act. 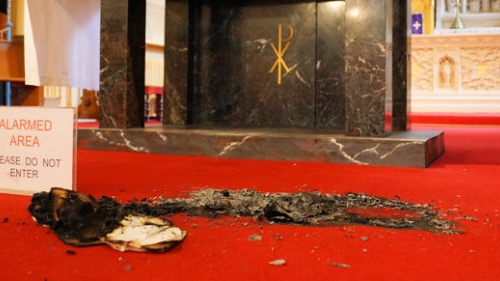 A man walked into St Mary’s Catholic Church, set a couple of small fires and attempted to burn the icon taken off the church’s altar. The perpetrator left a Satanic image in the icon's place. The act was recorded by CCTV cameras and police arrested a suspect days later.

Anti-Christian messages were scrawled on three different areas of St. Edythe’s Church, the oldest church in Tamworth by unknown vandals. The ancient doors and walls were tagged with statements such as “Lucifer runs this capitalist ruin,” “God has failed,” and “deliver us to evil.” Reverend Alan Gordon and the church community were devastated that the church was targeted by this vandalism.